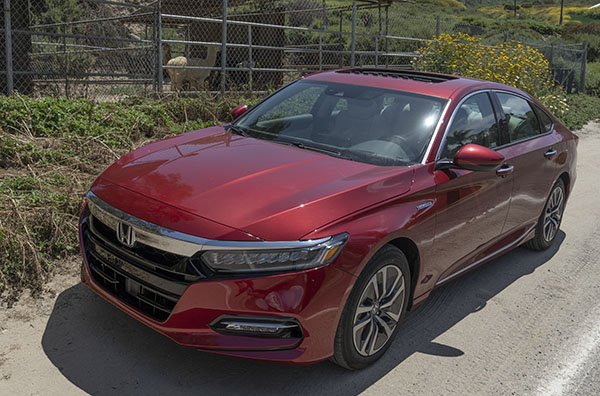 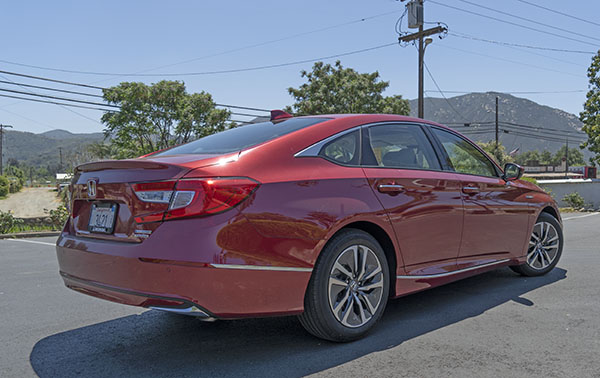 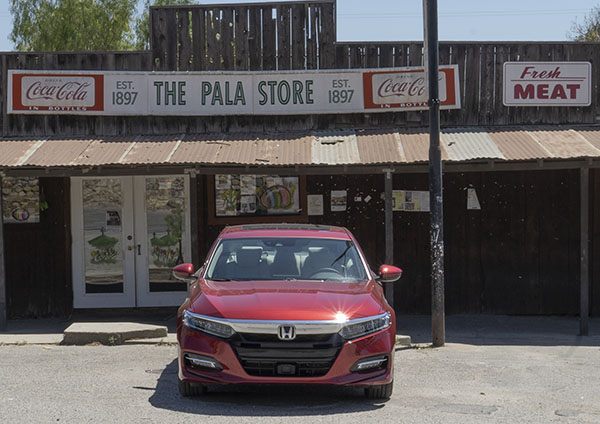 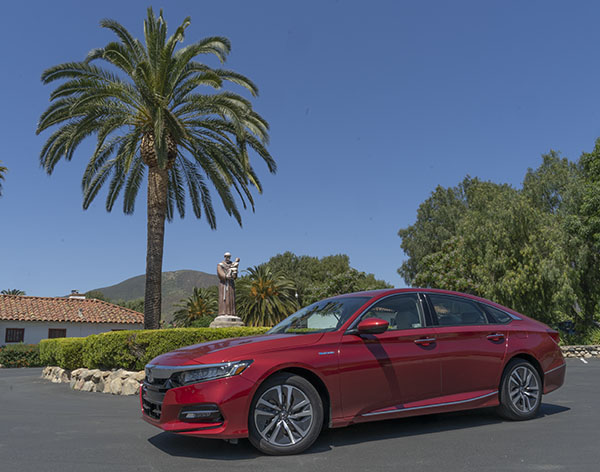 After test driving the 2.0 Liter version of the Honda Accord, I was quite curious about the Hybrid version.
Honda claims an amazing 48MPG, no matter what. Both city and highway.
Which is quite intriguing for such a large and roomy car.

As expected, the Hybrid version looks as good as all the other Accords.
Of course, the wheels are a bit smaller. And they don’t look as fantastic as the 19-inch ones on the 2.0 Liter Touring I drove earlier.
But they still look very nice. And at 17 inches, they are not small by any mean.

The Accord is a very good looking and impressive looking sedan in real life. The Hybrid version
is no exception. 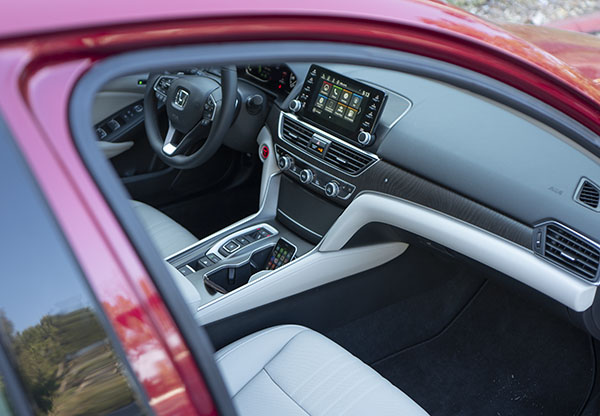 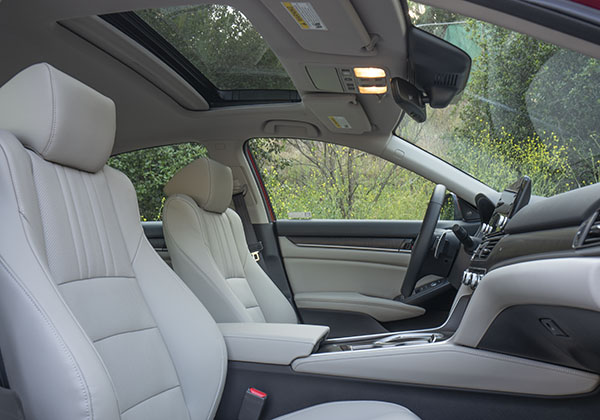 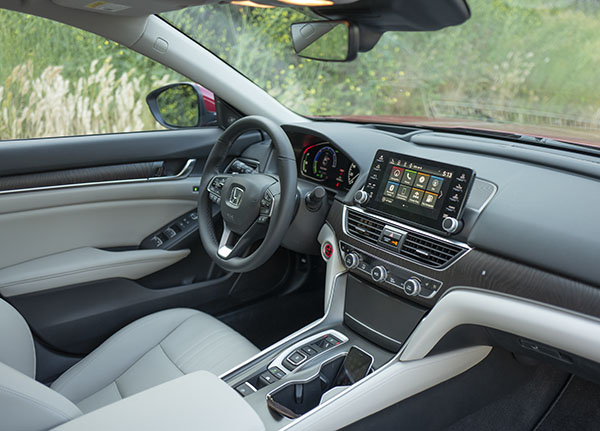 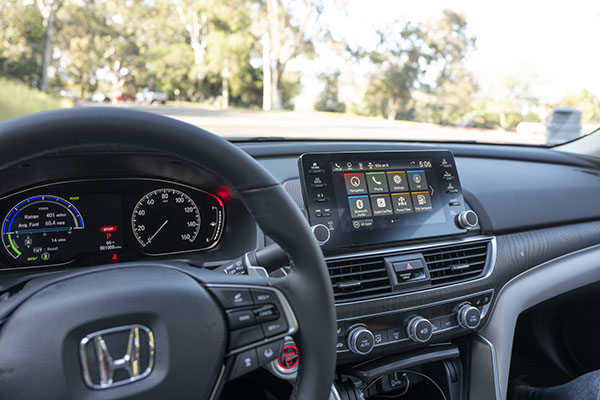 Inside, it is again, the same thing as the other models.
A great interior, with impeccable fit and finish and top quality materials everywhere.

Since I was driving a Touring version, the car was, again, loaded with everything.
Everything works as you’d expect. And everything is where it is supposed to be. 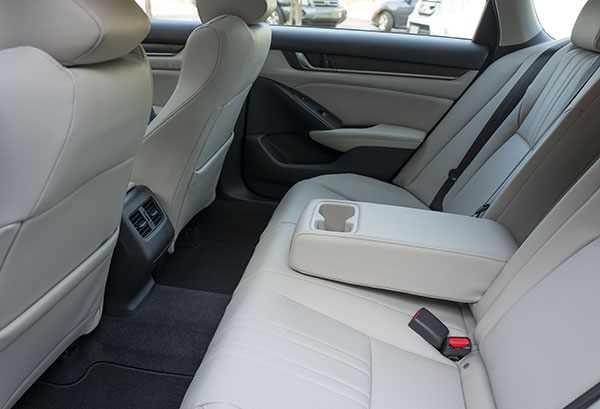 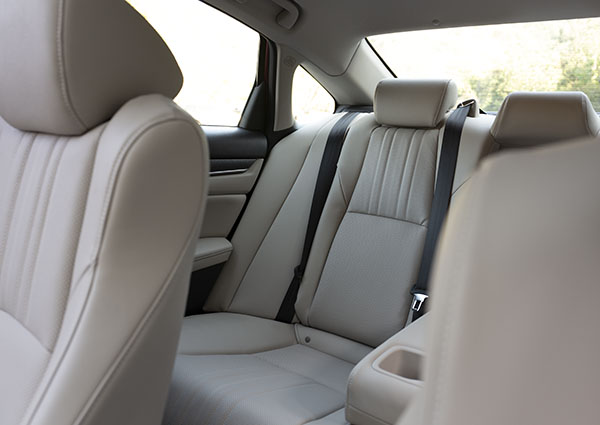 Same super roomy and comfortable rear seat. Which makes the Accord about as roomy as many full-sized sedans. 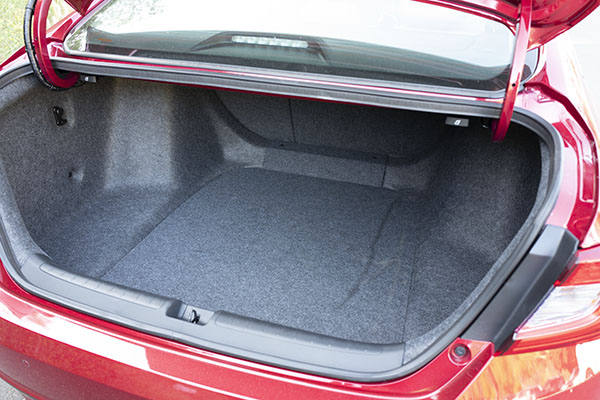 The trunk is as roomy as the non-hybrid versions. And the rear seat still folds down.

So there is really no physical downside to picking the Hybrid Accord over the other regular models. 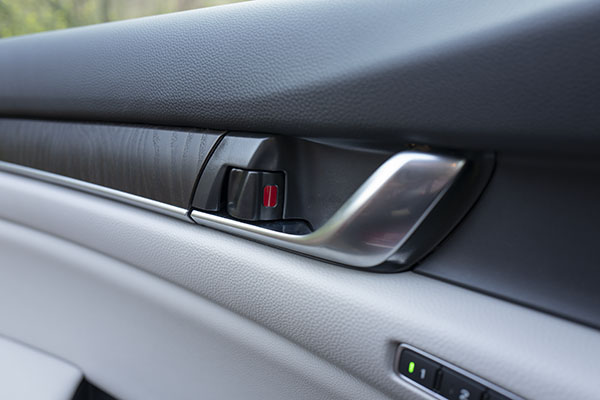 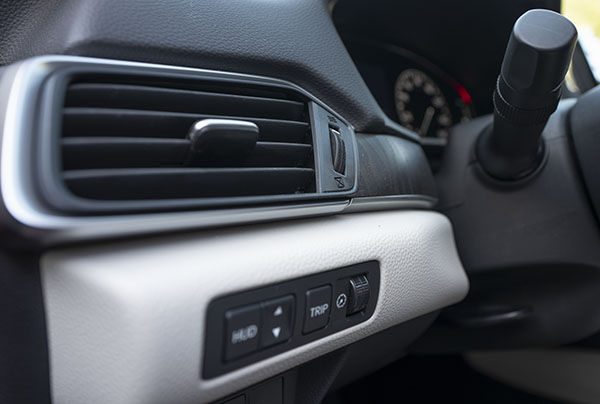 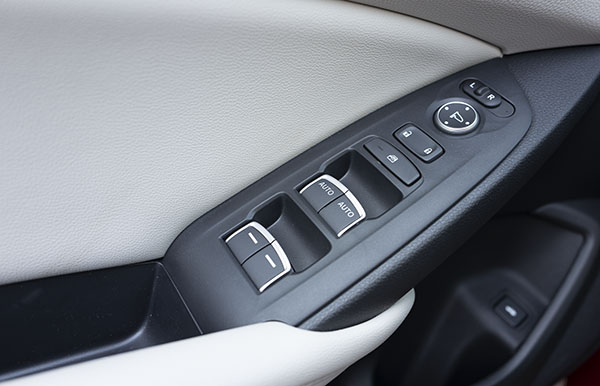 The Accord has many quite upscale touches inside and out.
Everything really feels very solid and well put together. 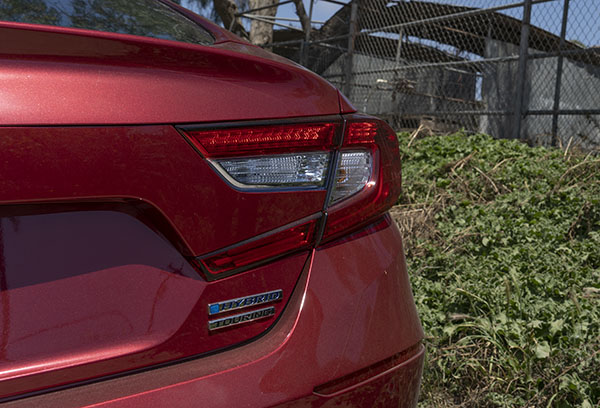 Of course, as soon as you start the car, things are dead quiet.
Only if you stay in the car long enough without moving, will the gas engine come on.
Once you get going, the gas engine does come on after a while, but it is so quiet that is is actually very hard to tell.

Basically, the car is pretty much “EV quiet” most of the time. Even with the engine on.
Once in a while, the engine revs a bit higher than usual, but even then, it is very hard to tell or hear anything. There is never that weird behavior that some hybrids have, with the “once in a while crazy high revving”. (Like that CT6 Hybrid I tried last year…)

Honda has done an amazing job at keeping what’s going on under the hood almost silent.
The car is always super smooth and quiet.

As far as power, there is always plenty. I never felt I needed more. There is plenty of power around town, and freeway merging is quite effortless.
I have not driven the 1.5 Liter version of the Accord, but I cannot imagine the Hybrid version being slower.
It even feels as quick as the 2.0 Liter when you really push it. Since the electric motor does help the engine quite a bit.

The CVT is perfectlt matched to the Hybrid. Again, I think the EV torque helps a lot.

The suspenssion is always very comfortable on any road. The car is very quiet.
The steering is one of the best part of the Accord’s driving experience. And the Hybrid felt the same as the 2.0 Liter. (Although I didn’t drive both versions back to back..)
There is a great feel to it and it never seems numb. The steering wheel itslf also feels great.
It is just the right size… 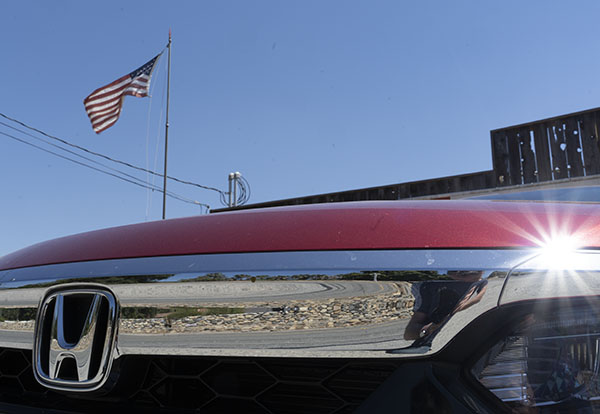 As I mentioned, the Accord Hybrid is rated at 48MPG for both Highway and City driving.

I was very carefull and drove it in many different situations.
Since MGP is the main rason for this version to exist.

I had no problem getting 48MPG around town. Using all the various driving modes. It only went down to 46MPG when I was really pushing the car around for a day or two in the city.
Which is great.
But I got between 50 and 52MPG on the freeway. Constantly.
Which, I think, is quite amazing for such a roomy, solid and luxurious car.
One that also feels quick and never underpowered. 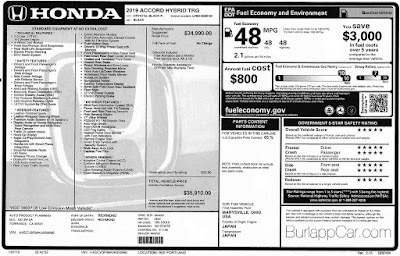 Which, to me, makes perfect sense.
Gone are the ridiculous $5000 premiums for a hybrid version.

The Hybrid has all the same qualities of the regular Honda Accord, without any drawbacks.
It drives the same, has the same size trunk, probably feels quicker at times thanks to the electric motor, and costs almost the same.
Or even less when compared to the 2.0.

When compared to its Toyota competition, the Accord costs about $3000 less than a Camry Hybrid.

I think its main competiton is actually the equally great Honda Clarity Plug-in Hybrid.
Which, after incentives, comes down to a very similar price.
You also get about 50 miles of electric drive on the Clarity.
But a smaller truck, and no sunroof is available at any cost.

The Accord  is just a great choice for a mid size sedan. And I realy think the Hybrid version is the one to get.