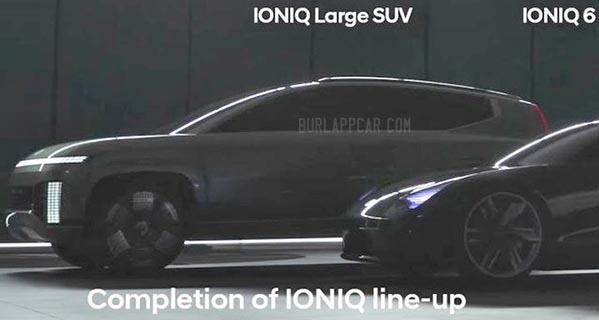 Hyundai has released a new teaser for the next 2 models of their all-electric Ioniq line.
As you can see, the upcoming “Large SUV” is getting a very modern design (And no name yet. So it might not be called Ioniq 7  after all)
While it seems we will be seeing a “concept” version of the upcoming Ioniq 6 sedan before the actual production model (?)
Even though we have already seen tons of spy shots of that car, inside and out.
I think the “large SUV” will be a very big deal. As of now, large electric crossovers are very expensive items from luxury brands.
If Hyundai can keep the price close enough to the Palisade, they could have a very big hit on their hands.