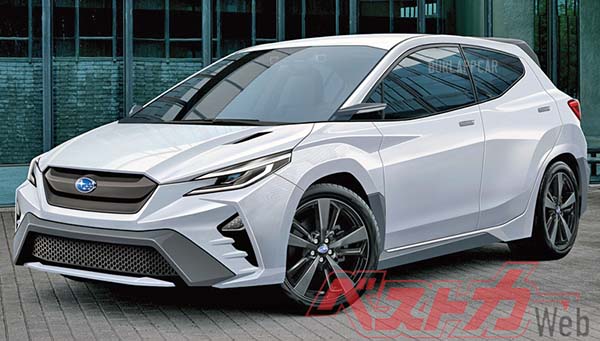 The current generation Subaru Imprezza was introduced back in March 2016. So it’s not that crazy to imagine a new design is on its way, after almost 6 years.
It actually is an important design for Subaru in the US, because of the Crosstrek.

The Crosstrek is basically an Imprezza on stilts, covered in black plastic bits. While the Impreza isn’t a popular model over here, (Around 43 600 sold in 2020), the Crosstrek is. With almost 120 000 sold last year.

I am pretty sure the illustration above is way off since Subaru is just not able to come up with a production design that modern. but we should be seeing more of these in the next few months, and maybe some actual prototypes driving around too.