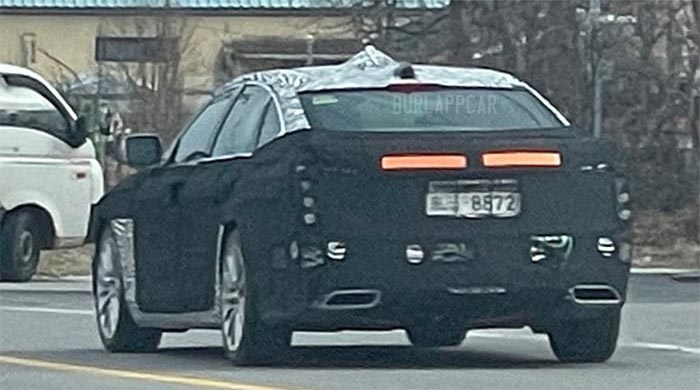 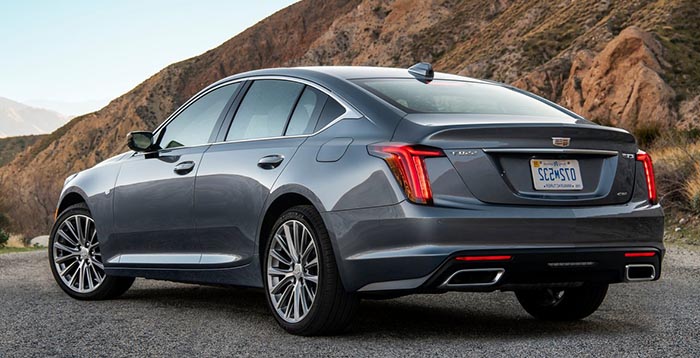 I was told these photos of an upcoming Cadillac sedan were of a revised CT-6.
But after comparing them to both CT-6 and CT-5 photos, I think this could actually be a mid-cycle refresh of the Cadillac CT-5.
The C pillars are pretty much the same on the prototype and the current CT-5.
It looks like quite an extensive refresh. The CT-5 was criticized quite a bit for the lack of a real third profile window when it came out. With a cheap black plastic trim residing where a small 3rd window should be.
The prototype does show a window. Which would be a big change for a mid-cycle facelift.
I was told a couple of years ago by Cadillac designers about the new Escalade interior eventually “trickling-down” to their other models. Which can be seen on the new Lyriq.
But it was also planned for the CT-5. And maybe even the CT-4. Both models could really use an updated interior.
The CAT-6 is not on sale in the US anymore, but it is in China. Not sure how popular the CT-5 and CT-4 are over thee, But here in the US, they just sold over 14 000 CT-5s in 2020.
Which is not that much less than the Acura TLX with a bit above 21 000.
I guess this could be enough to spend quite a bit of money on it. A more upscale interior like the one in the Escalade and a nicer exterior could actually improve sales.
I test drove the CT-5 a while ago and liked it. Although I think it focuses too much on being sporty. And ended up being less comfortable and quiet than the new TLX.
Let’s hope GM is really working on an improved CT-5. Since the new Celestiq EV sedan won’t be on sale for at least a year or two.