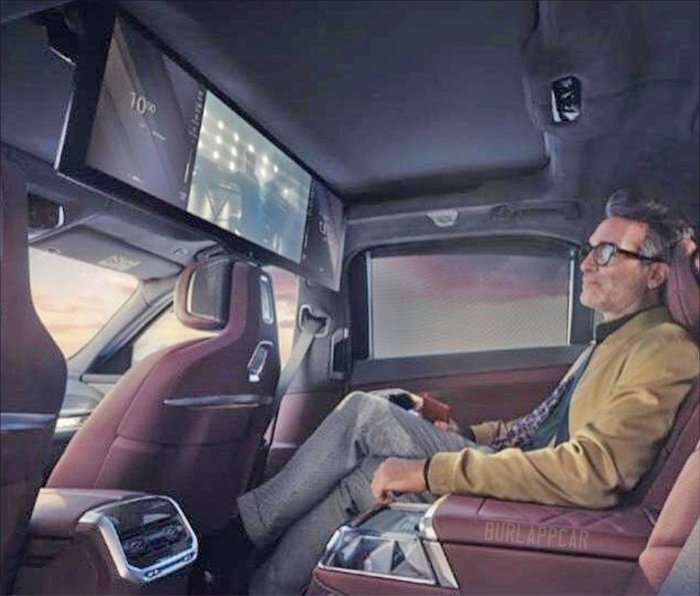 This new photo of the next-generation BMW 7 series really shows the opposite of that “ultimate driving machine” idea they’ve been selling us for years.
Someone being driven, watching something that looks like an Ice Skating show on a giant screen. While making sure he stays aware of the time and temperature? (you never know…)
It’s just weird to see what BMW has become. Which is basically a wannabe Rolls. Even weirder since they actually own Rolls Royce.
Why???