We know the new Lexus RX for 2023 will not have a longer 3-row version.

Instead, Lexus will offer an all-new model called the TX. Which will probably be based on the Toyota Highlander.

And just like all new Lexus models, it will probably be offered with the 4-cylinder Turbo, Hybrid, and PHEV versions. Which is at least more modern than its competition from Acura or Infiniti. Where any form of electrification is not available.

As for this illustration, it looks pretty terrible. In my opinion. A bit overdone like Lexus’s previous-generation designs. On top of that, it was actually shown by Lexus last year in the background of their photo showing all their upcoming EVs. 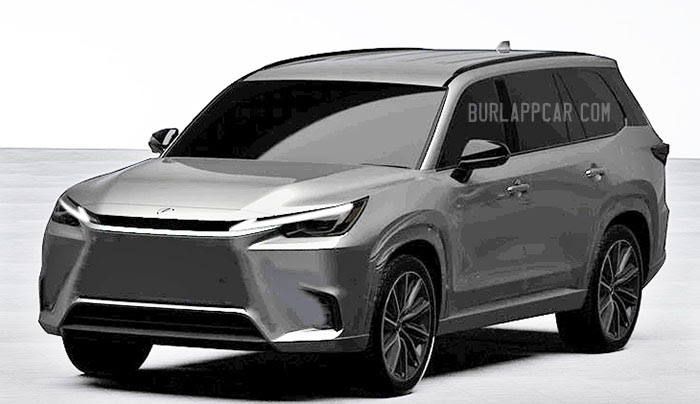 This is the car that was featured in that photo released by Lexus last year. In the back, behind all these cool future EVs we might never see.

And yes, it looks super boring and uninspired. making the illustration on top look futuristic.