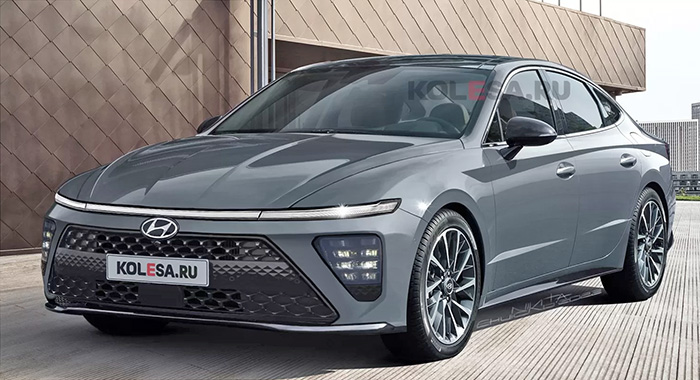 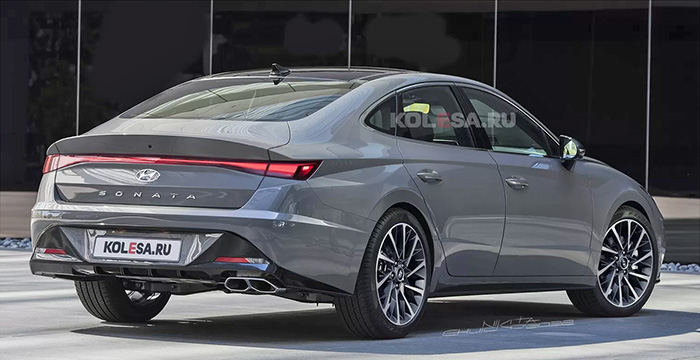 Apparently, the current Sonata hasn’t been as popular as Hyundai had hoped. (Just over 83 000 of them sold last year). While the previous one was considered too conservative by many, it seems this one might have gone a bit too far for some.
(They just can’t win can they…)
These illustrations are trying to guess what the upcoming mid-cycle revision could look like. And it doesn’t seem like a huge improvement. The front end is a bit better. As the weird fish mouth grille isn’t there anymore. The rear light looks really awkward. Especially on the side.
It seems something like this would end up looking like some homemade mods. Which is too bad.
There is a strong rumor about rhe Sonata (as well as tje Kia K5) disapearing into the sunset after the current generation.
The last couple of years will be tough for the Sonata/K5 since there is an all-new Honda Accord just around the corner. And a new Camry sometime next year.
These are still very popular sedans with 202 676 Accords sold last year and 313 795 Camrys.