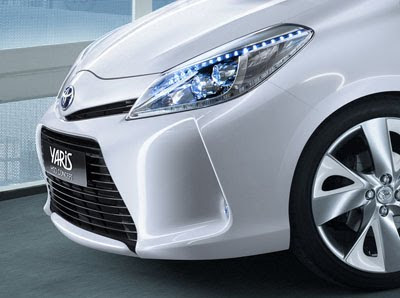 This is based on the redesigned Yaris, not the current model.

Will be shown as a concept at the upcoming Geneva auto show.

Toyota has already announced the “regular” Yaris will be its most fuel efficient model, including the Prius.
So a hybrid version could get quite amazing numbers.

We’ll see if it comes over here or not.

To me, a small super efficient car like this one sounds like another nail on the Scion coffin…