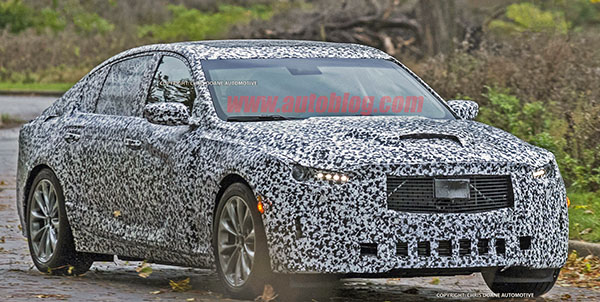 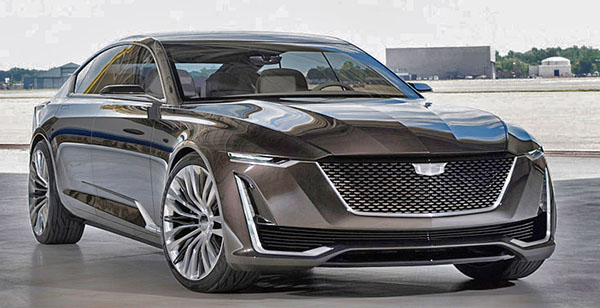 The CT5 will be the first Cadillac sedan to be inspired by the Escala Concept. (XT4 SUV will come first)
So expect a similar front end. Which we can already guess a little bit on the spy shot above.
Otherwise, it doesn’t look like the production car will be a hatchback, like the Escala was.
And, they are still sticking with these stupid numbers instead of proper names. CT6.. CT5… I think These are really bad, especially for Cadillac. A terrible idea that even Lincoln is changing.
(It was also, and still is, terrible for Acura)
No matter what Cadillac boss Johan de Nysschen  is dreaming about, (or smoking)  Cadillac is NOT Mercedes, BMW or Audi.
It is Cadillac. Just like Lincolns, Cadillacs should have proper names. Like they did for decades.
They should come up with their own idea of luxury and stop chasing German brands.
Otherwise, the “CT5” will be a bit shorter than the CTS. And will replace both the CTS and ATS.
They were rumors of a smaller CT3 a while ago. Competing with the Audi A3 and Mercedes A Series sedan. Not sure if that is still on the table or not… 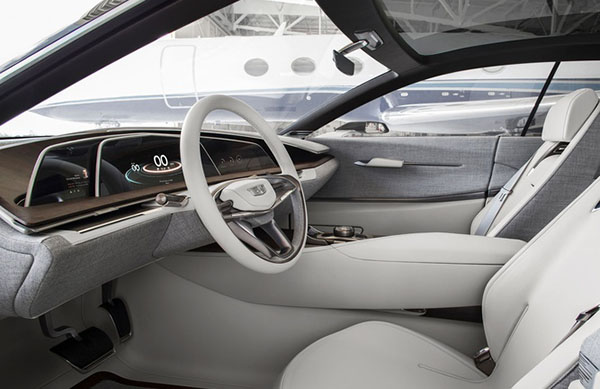 And also, let’s hope that Cadillac will find it in their heart to make the CT5 interior look at least a little bit like the dreamy design of the Escala concept.
That would really be great…