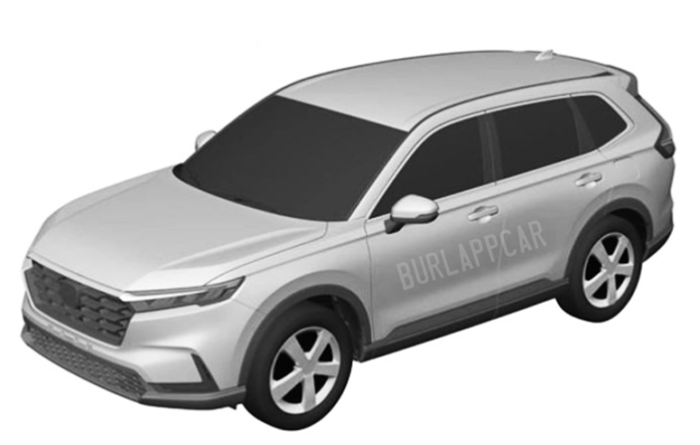 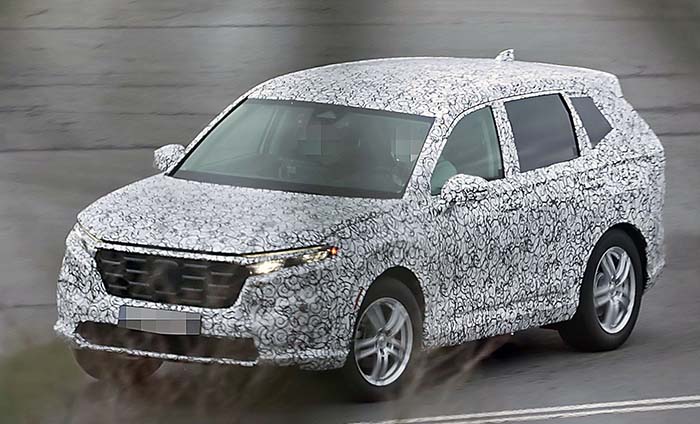 Now we get to see the final design in this new patent illustration. Which, of course, matches exactly the prototype.

As expected, it is a more conservative design. Similar to what they did with the 2022 Civic sedan. Which will probably keep the CR-V popular. By not offending anyone. Except the few who were expecting something a bit more original or even more modern than the current one.

Engines are expected to be the same as the current generation. This means the good old 1.5 Liter Turbo with a Hybrid option. Unfortunately, this also means the CVT will be the only transmission available, again.

I haven’t heard of a PHEV coming anytime soon. Which is too bad.

As you can see, this is a very different design than the upcoming 2023 HR-V. The new CR-V is trying to look a bit more like the larger Pilot. While the HR-V seems to be its own thing.

No info on when we’ll see this, but it should be after the HR-V. Since Honda has already teased the smaller model. With over 361 000 of them sold last year, a new generation CR-V is a huge deal for Honda.