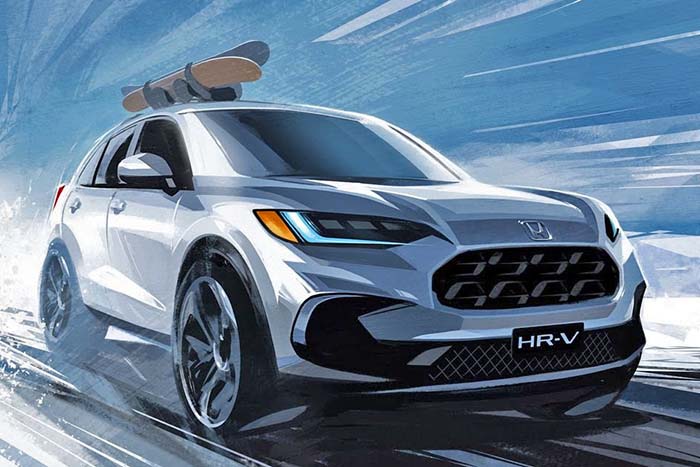 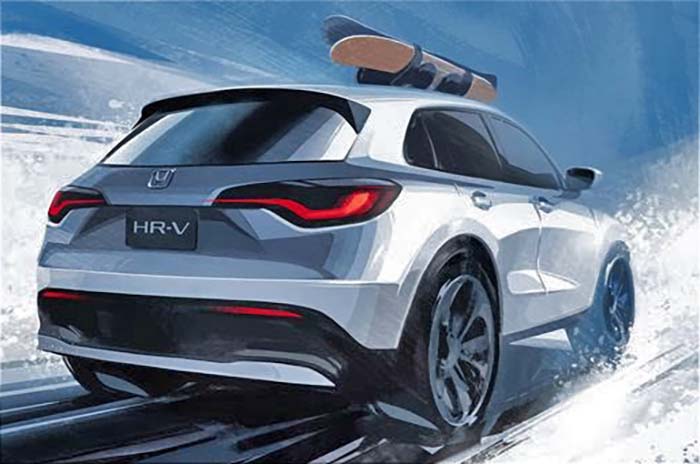 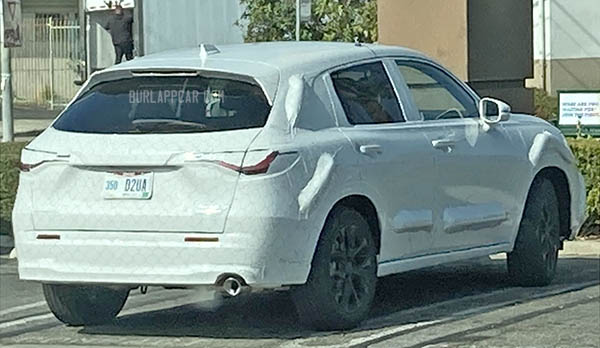 Honda just released 2 really cool illustrations of the upcoming 2023 Honda HR-V for the North American market.
The one released last year was for the rest of the world.
Although I didn’t believe Honda would come up with a totally different design for us, they did.
I still think it is a weird and very costly move. Just like they did years ago with the Accord and Civic.
I guess they don’t mind spending all that money instead of figuring out one model that everyone would like around the world.
Like everyone else seems to be able to do…
The illustrations look great. Even remind me of old 1960’s stuff from Disney Studios.
But of course, they do look better than the real thing.
As you can see on these prototype photos I published a few weeks ago (HERE and HERE)
the real thing looks rather lumpy.
I know the camouflage doesn’t help. But still. These illustrations are what they are supposed to be: better looking than the real thing.
I am also surprised at the super generic design with zero Honda design cues. The current Honda grille and headlight design is all gone. Which makes the new HR-V look more like a Ford than a Honda.
And the rear end actually looks more like a Mazda.
From what we’ve already seen of the next Pilot and CR-V, it looks like these will still have a familiar Honda front end. Where the grille is connected to the headlights with horizontal chrome trim on top.
Maybe this will be the “Honda for those who don’t like Hondas”???

From these earlier spy shots, you can also tell there will be 2 powertrains. The car with the concealed exhaust is probably a Hybrid.

Honda did a good job with their camouflage trying very hard to make the new HR-V prototypes ugly and generic. Let’s hope the real thing does look much better.  Even if it will never be as good as these illustrations…

(Thanks to a reader for the tip!)